18. LIVING IN LIMBO IN MONTECITO, PART 1 (the Hoffmans) 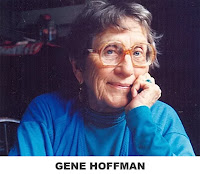 WHAT NEXT? In the spring of 1969, I was just completing my two-year graduate MFA program.   While my life was coming together on a spiritual level, on the practical...worldly...level I was not much further along than I was in 1967 when I entered a psychiatric hospital to heal my acute anxiety and depression.   Then I had needed 'neutral territory' in order to recover and I had observed a number of things from that month-long convalescence.   Surrounded by people who were so paralyzed by fear they couldn't leave the place, I was determined to leave as soon as possible...before addiction to its false security set in.  I saw that the organized amusements and distractions only helped on a superficial level and, if relied on, could keep one from confronting the issues that needed to be resolved.   And, among other things, I found that the simple ritual of making one's bed up immediately on arising was a great discipline and shield against the lethargy of depres
Post a Comment
Read more
More posts