5. A PARADE OF FASCINATING PEOPLE (the university's opportunities)

While I was at the university, there was an unbelievable and varied array of lecturers and speakers I went to hear...

I was drawn especially to controversial, counter-culture outsiders...minds that perceived and thought outside the envelope.  In an academic world mostly of men, a few women were able to slip in.
One such outsider was Dorothy Healey, a communist, who came to speak on campus in 1964.  She was a political pariah and a no-nonsense woman.

In those post-McCarthy days, attending a communist lecture was viewed by some as the political equivalent of going to hear a junkie promote heroin.

Healey argued the benefits of a socialist economic system.  She spoke brilliantly and passionately about social justice and of its relationship to issues of race, gender, class, unions and labor.

She deftly fielded the many questions thrown at her by a sometimes adversarial audience.  The experience was impressive. 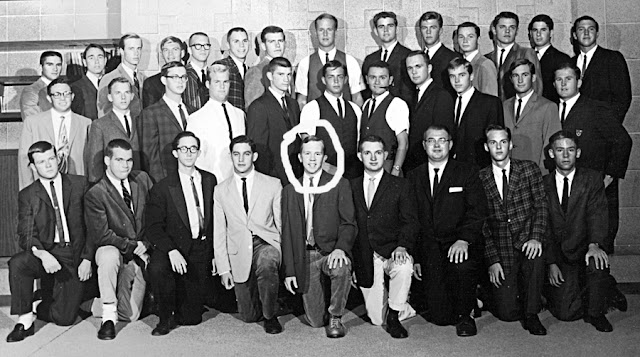 Apart from music and art, and a particularly in-depth literature class, high school became a bore and the atmosphere seemed juvenile.   But despite that, I hadn't looked forward to going to college.

I had no idea what I would do with my life...or how I would eventually support myself.

At graduation, the senior class celebrated with the traditional all-night party.  We danced, reminisced, hugged, and said our goodbyes.  At daybreak a paralyzing fear came over me; there was not the joy of being free or of looking forward to the future.  My only feeling was that I was being cast adrift...unmoored...left floating in an empty vacuum.

But it was implicitly assumed I would attend college and, to everyone else but me, starting university seemed the natural course of events.   My folks saw further ahead than I.

To U.C. Santa Barbara it was.

WHAT WILL I DO?
Arriving at U.C.S.B., I hadn’t thought about a major because I hadn't given college much thought.  But when I did think about having…
Post a Comment
Read more
More posts