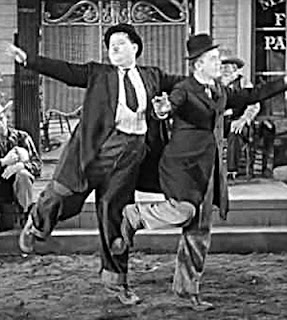 THREE MINUS ONE Alain was cosmopolitan; at heart, he was a city person.  For Jon and me, our life in the little hamlet of Meiners Oaks was perfect because we could live inexpensively, organizing our lives as we wanted, and yet fulfill our draft obligations.  Jon had six months left of his service and I had a year. Meanwhile, Alain was getting restless.  He wanted to move on, doing what he felt he was called to do.  His time with us was a hiatus in the flow of a life that was more established than ours, and the village environment was too confining and limited for his spirit.   He left Meiners Oaks to settle in San Francisco and carry on. NOT EXACTLY THE BOLSHOI After Alain left, Jon and I continued our editing duties with the Theosophical ecological newsletter.  We had our independent studies and did various odd jobs to get by financially.  Alain was the glue that had held us all together.  With him gone, the two of us didn't have as much in common and, consequently,
Post a Comment
Read more
More posts