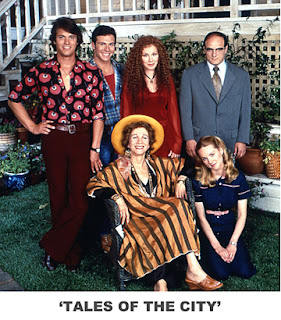 SAN FRANCISCO IN THE 1970s...and my 'Tales' San Francisco in the 1970s was a great place to learn about myself and about life. 1960 Hyde Street, my Russian Hill apartment address, consisted of six units...three on the second floor and three of the third.  The occupants, including myself, were almost all in our late twenties and early thirties.  We each, in our own way, were trying to 'find ourselves.'  And we all seemed to be living out that story recounted in Armistead Maupin's 'Tales of the City.' We happened to inhabit one of an infinite number of '28 Barbary Lanes' existing at the time...but, like most of these 'Barbary Lanes', we had no 'Mrs. Madrdgal'; we were on our own.   Armistead Maupin really didn't make it up...he simply observed, exaggerated, and caricatured what, in fact, was going on all over the city.  It was just that most of us were living that story without reflecting on it. At our 'Barbary Lane&
Post a Comment
Read more
More posts