14. MY SPIRITUAL JOURNEY, PART 1 (the beginnings) 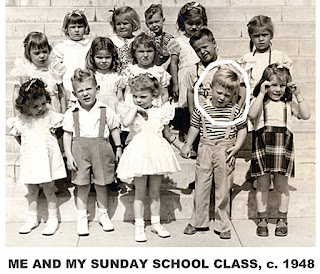 When I was growing up, my religious experience consisted of intermittently attending a liberal protestant church with my family...which, apart from the music, the big organ, the stained-glass windows, and the fragrant flowers in the sanctuary, mostly left me cold and feeling alien.   I occasionally went to Sunday school, which I wasn't keen on. My true spiritual experience came from camping with my family and being in nature...and that had a big impact on my life in every way imaginable.  My parents treated nature as a sanctuary, a place of worship...and that seemed natural to me.

When I walk alone through the natural environment, in silence, I can feel its pulsing spirit.  I feel a deep communion.

The outdoors never fails to nourish me and give me a sense of well-being.  I love everything about it...the fresh smell of the soil and foliage, the sounds of the birds or a gurgling stream, the roar of the ocean or the falls, the friendly heat of the summer foothills, and the rustle of the wind through the forest.  That is my true religion.

Inspiration and spiritual insight sometimes comes when you're least expecting it and from a source that would seem very unlikely.  That happened to me in my first year at university.

I was taking a drawing class from Howard Warshaw when one day he happened to bring with him a tiny volume...Eugen Herrigel's ZEN IN THE ART OF ARCHERY...and began to read a few paragraphs to us.  I don't recall that he said much about it, he simply began reading...and I was captivated.

He read a part about doing things without a goal in mind, in this case, shooting an arrow...without effort, selflessly...i.e., taking your self, and your motives, out of the action and simply attending to your breath and to your posture...'letting the arrow shoot itself.'

In fact, having a specific goal in mind, trying to 'achieve' some particular result or reward, often blocks true creative activity.

A creative and engaged activity happens most successfully effortlessly, without self-consciousness, and without being obsessively goal-oriented, as well as mindfully preparing oneself through rigorous discipline.  At a time when discipline in any form was often scorned and underestimated (this was the sixties after all), self-discipline---ironically---was the one thing I had mastered and understood.  And I was aware that self-consciousness was one thing that most often tripped me up.

At the moment of that brief introduction to Zen, my spiritual life opened up.  I had no thought of the book as being particularly 'spiritual' at the time.  I only knew that it held some mysterious truth that I found fascinating.


The book resonated with me immediately and effected everything that I have ever done since. I quickly applied its wisdom to my life as well as to my art. It was my introduction to Eastern spiritual philosophy and led to a lifelong study of spirituality---making sense of my life and what I would do with it.

After leaving class that day, I immediately went to get a copy for myself---which I still have, and treasure, over fifty years since.  From that moment on, I've pursued a spiritual path that has centered on Eastern thought and Zen Buddhism in particular.

At the university, besides my studies in art, I became drawn to classes in Western philosophy, classical Chinese philosophy, Eastern religion, and so on.  My professor in the history of Western philosophy, Paul Wienpahl, had written a book, THE MATTER OF ZEN, of his experience of studying with a Roshi (a Zen master) in Japan and I often talked to him about it. 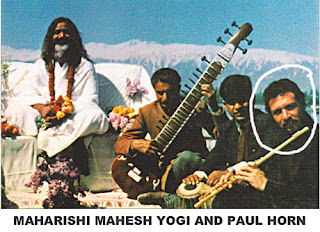 A couple of years later, Maharishi Mahesh Yogi came to talk in Santa Barbara and I went to see him.  It was when the Beatles had popularized him as their guru.

I wasn't keen on his puckish giggles and all the flower garlands and fuss being made by his ardent devotees.  Nevertheless, I was eager to learn more and soon became initiated and given a mantra by musician and follower Paul Horn.

That form of spiritualism didn't last for me.  Horn seemed a decent fellow but I got the feeling that Maharishi and his organization were just trying to milk everyone for money.  That, to me, was the opposite of a spiritual practice and a spiritual offering. 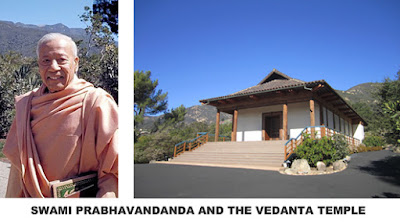 Around that time, I also would visit the Vedanta Temple in Montecito and listen to Swami Prabhavananda speak each weekend when he was in town.

His reserved yet warm demeanor made more sense to me and I loved the temple.  I would look out the ornately screened windows from the dark sanctuary and view the incredible Santa Ynez mountains.  The incense they continually burnt in the temple was heavenly.

The knowledge Jnana yoga refers to is spiritual knowledge...not intellectual knowledge, technical expertise, or the accumulation of facts.  Spiritual knowledge is intimately knowing the ways of the self...in other words, of knowing yourself...and so, of how to live in peace and at peace in the world without creating evermore havoc for yourself and for others. 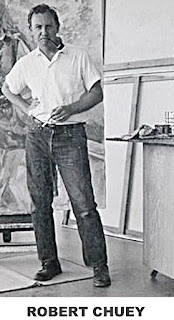 Most religions, including Christianity, practice primarily the path of devotion and worship.

But it is the last form of yoga---Jnana yoga, the yoga of knowledge and meditation---that always has spoken to me.  And it is that form that the Buddha principally taught and which Zen Buddhism, in particular, practices.

An artist and instructor of mine at U.C.S.B., Robert Chuey, knew that I was deeply interested in Zen Buddhism and one day asked me if I would like to, in fact, see and hear the Buddha speak.  'WHERE!?,' skeptically, I asked.  Chuey replied: 'Nearby in Ojai... there you can listen to Krishnamurti speak in the Oak Grove.'

Later I found that Howard Warshaw and Douwe Stuurman, two professors who I highly respected, also regularly attended Krishnamurti's talks.   Stuurman greatly respected Krishnamurti for having given up his economic security and renouncing all the trappings of spiritual authority in order to seek truth...what Krishnamurti called 'that pathless land.'

I had no idea where Ojai was located or what the 'Oak Grove' was (though that sounded inviting), and absolutely no idea who Krishnamurti might be; I'd never heard of him.  His name sounded pompously exotic, like some Hindu deity...surely not a Buddha.  And I didn't need yet another 'guru' to join the parade.

I was skeptical, but I trusted that maybe Chuey knew what he was talking about...he was usually serious and didn't joke about such things.   Still, I had no great expectations...I didn't know what to expect.