I often visited Beatrice Wood and up the road from her lived Rosalind Rajagopal in Arya Vihara ('abode of the saints' in Sanskrit), Krishnamurti's former home.  I would occasionally visit Rosalind for conversation and particularly to talk with her about her interesting past.  One afternoon she invited me to stay for lunch and we had a delicious meal of papaya stuffed with cottage cheese and served with tasty sesame cookies.

Rosalind could be distant, formal, and aloof.  Her eyes had a striking milky, cold blue quality.  She was high strung and it seemed hard for her to relax.  Her full-size poodle was her loving companion.

She had suffered a critical episode of blood poisoning years before in Europe and was treated at the famous Bircher-Benner Clinic in Switzerland.  There she was introduced to having muesli and raw apples which she thereafter maintained in her strictly vegetarian diet.  She was always strict about what she ate and what she served, and those principles guided the diet served at Happy Valley School. 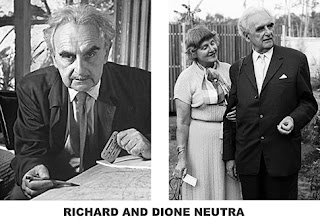 One evening, Rosalind invited me to dinner and conversation with architect Richard Neutra and his wife Dione, a cellist.  I had never met Neutra but I was familiar with his architecture.  He had designed a number of striking homes, many of which reminded me of Japanese architecture...though made of metal and glass rather than wood and Shoji screens.  There was the same simplicity and interaction with natural settings.

After dinner, we had a conversation about architecture, particularly Neutra's.  He had said that he created homes that created an environment of harmony for their inhabitants.  I was familiar with one of his homes in Montecito and cheekily proceeded to remind Neutra that that home had not been particularly harmonious as the couple who commissioned it had ended their marriage in divorce.  He glared at me.

I was a 25-year-old upstart attempting to fly on his own, impress his renowned elder, and stoke his own young ego.  What a pain I was.

I learned later that one of the houses Neutra designed was for Robert and Josephine Chuey...in a breath-taking setting high in the Hollywood Hills near the famous 'Hollywood' sign.   Bob Chuey was the art professor who had introduced me to the teachings of Krishnamurti.

Neutra was responsible for the low, open-air hallway school design that inspired the many constructed in Southern California during the 1950s.   The generous overhangs often had those familiar metal louvers for privacy and protection from the sun.  I attended, or was familiar with, a number of those Neutra-inspired schools as I was growing up...elementary schools, junior high schools, and high schools. 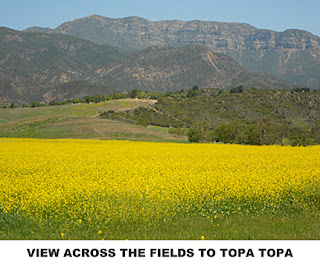 During my time at Happy Valley, I also enjoyed a casual evening concert of Leonard Pennario on the piano at Franklin and Glady's home near my schoolhouse.  Their home rested on a small hill and from the large picture window in the living room, you looked across vast fields and up to a towering mountain landmark known as Topa Topa.

Beatrice Wood joined the three of us and we were given a wonderful performance.

It was incredible being treated to a world-class pianist performing in the intimacy of some friends' living room. 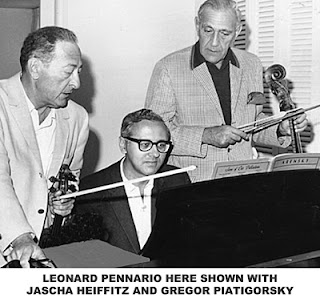 That evening, as the sky darkened and we were listening to Leonard play, tiny tree frogs, with their little suction-cup hands and feet, scampered up and down the big window and added to the show.

He played a couple of hours in this informal setting for the five or six of us.  Wonderful!

Pennario was a movie buff and had a remarkable memory and knowledge as far as films went.  You give him the name of any film, in any era, and he could immediately tell you the director, actors, producer...and just about anything else about it.  It was pretty impressive.  His other big passion, besides music, was playing bridge...of which I did, and do, know nothing.

After that fascinating evening, I walked home in the quiet moonlight to my little schoolhouse a half-mile down the road.

Such remarkable experiences became part of the unusual life I was being introduced to in Happy Valley.