34. THE MAGIC PEN...and 'the beginning of a beautiful friendship' 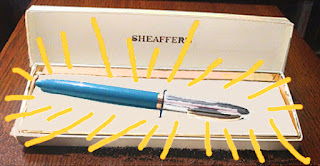 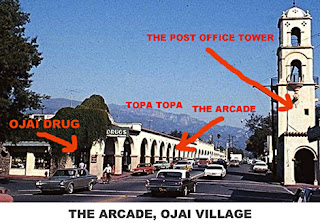 It happened that everything changed one day when I dropped into the local Ojai Village Drug store and surveyed a shiny glass counter case full of pens.  My eye landed on a fancy box with a beautiful blue fountain pen inside!  It was a Sheaffer Snorkel pen (so named because it had a retractable metal snorkel in the nib through which the pen could be filled with ink).


It was one of the most beautiful pens I'd ever seen...and it was glistening in a delectable rich blue with which I could not do without...and the fact that it was a fountain pen in an age of ballpoints made it all the more enticing. 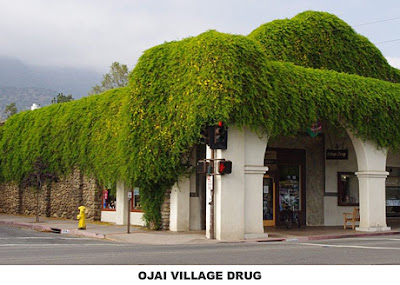 And the drug store itself was of a different era and definitely in a different time zone...the Twilight Zone.  To give you an idea of how fast merchandise moved in this display case...this pen was brand new...but Sheaffer had stopped manufacturing the model ten years before.  It had been waiting for years for me to come in and find it!

The pen was a classic! 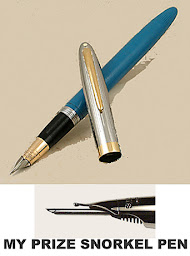 With just a twist of the barrel, the snorkel would drop from the nib and suck up ink from a bottle without getting ink on the nib so that it would stay clean.  Amazing!  And the nib was so flexible and fine I could easily draw with it...as well as use it for my writing.

Having spent my fortune, I walked happily out of the drug store sporting my fabulous new fountain pen in my shirt pocket...which is where it stayed when I wasn't using it.

Like many weird happenings in my experience, once that pen was in my possession it changed my life in a way I never dreamed...or could ever imagine...and forever. 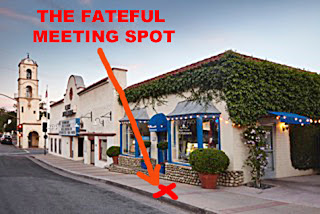 With this new treasure, I walked down Ojai Avenue one day...I'm not sure how long after I had purchased it...and going past the Topa Topa Cafe near the Glasgow Playhouse where I worked...a young man about my age stopped me...spotting the shiny fountain pen in my pocket...

Now who in the world would stop you...out of curiosity and interest...to note and comment on a fountain pen just barely visible in your shirt pocket?  Obviously, this wasn't an ordinary experience...or an ordinary person.

I later found that he was forever fascinated with whatever gadgets and techniques helped him realize his expressive vision and create his art...and as often as not these were unconventional tools.

He introduced himself as Richard Stine and immediately invited me over to his nearby studio to show me what he was up to...and I went over to take a look.  His studio was right behind the drug store where I had purchased my pen. 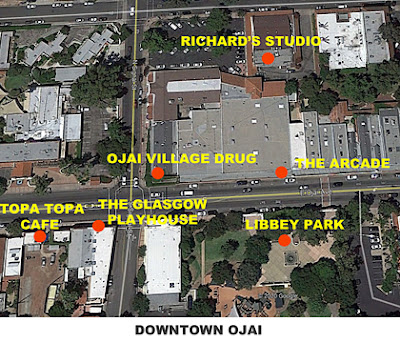 Richard's studio was above Rain's Market and consisted of a series of separate rooms (mostly for storage), and a bathroom.  Together, these rooms lined up like a row of railroad cars, and each opened to an outside corridor that stretched the length of the building...as if to a ship's bridge...but with a prosaic view of an asphalt parking lot rather than the vast blue ocean.

The studio itself consisted of one large room that served as his studio, living room, dining room, and kitchen with a tiny room next to the entrance door that served as his meditation room and bedroom.  The whole space...studio, meditation room, and all...was permeated with the heady fragrance of Vedanta Temple incense (a distinctive sandalwood incense) and there was a haze from it floating in the air.

Spread out on the bare studio floor were a multitude of sheets of white paper covered with black abstract ink markings that looked like abstract calligraphy or Zen paintings.  I could have done them myself!  It was like looking in a mirror.  I had done paintings very similar to these when I was in graduate school.  The whole experience was full of excitement and a sense of deja vu.

We were both open, receptive, and enthusiastic...ripe for a deep friendship.  Strangely...though we had never met before...we both felt as if we had known each other forever and as if our conversation was a continuation of one that had started eons before.

We found that we had incredibly a lot in common...we both were free spirits. 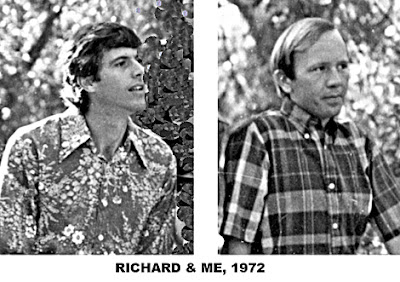 Neither of us had ‘grown-up’…or 'matured' in the conventional sense...we forever remained raw material (that is, neither of us had settled down into a career path, into steady employment, or into a 'respectable' position, nor did either of us intend to).  As a consequence of all this, we both were thoroughly delighted to be in each other's company.

As Bogart's character ends the classic 'Casablanca'...this was the beginning of a beautiful friendship.