38. OUR CAMPING SAGA TO OREGON AND BACK, PART 2

From Monterey, we drove along Highway One above San Francisco and stayed in a little campground near Jenner, where the Russian River meets the Pacific.  From there, we drove to Mendocino, but when got there we could find no place to camp.  We just kept going until we found a dirt road along the highway that seemed to go nowhere.  We decided to go up it and set up camp for the night.

THE ATTACK OF 'WILD BOARS'...and other varmints

We each got our tents set up and readied ourselves to sleep.  We set up camp above a creek from which we could hear friendly gurgles.  In the middle of the night, however, we were awakened by violent splashing and the hollow clatter and clacking of river stones down in the creek...then the screeches of angry, or rabid, creatures fighting.  It sounded like a pack of wild boars and they seemed to be heading our way.  I jumped out of my tent and locked myself in Sue's station wagon.

Soon after, Sue and Richard came frantically banging on the door for me to let them in...which I eventually did.  They wondered why on earth I had locked the door.

I had no intelligent explanation, but it did give me an added sense of security, and they both forgave me. 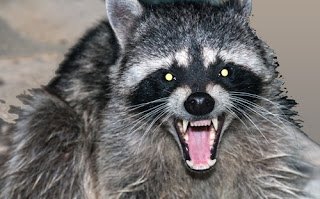 We never saw them...just heard them.

But years later, living in an area that has raccoons, I realize that we had been alarmed by rowdy raccoons, not rabid boars. 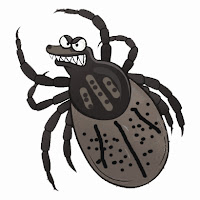 During that eventful night, Richard found he had a tick embedded in his thigh.  We debated at length how to get it out...twist it clockwise, counter-clockwise, salt, heat, alcohol, etc...eventually settling on going to a doctor pronto.  After Richard's operation, we continued up the coast... free of the tenacious tick.

We headed on up the California coast on Highway One, along 'The Redwood Highway', through the magnificent redwoods...spectacular! 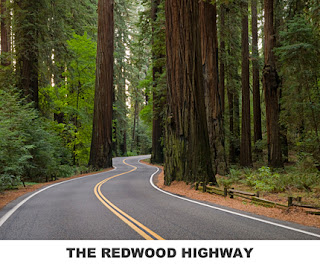 From there, we drove along the scenic Oregon coast... 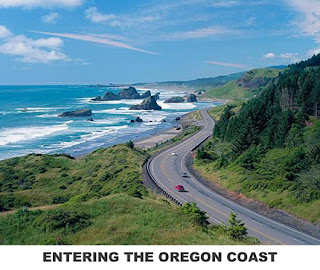 We came across a pristine place to camp...Umpqua Lighthouse State Park... 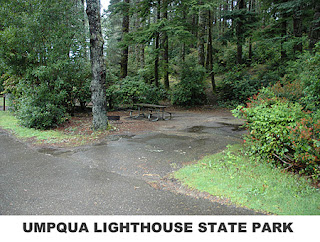 Oregon's state parks were like country clubs...the daily free delivery of The Oregonian, bundles of free firewood, and campsites were kept immaculately clean. 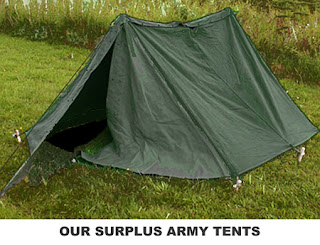 Richard was light-weight, screened-in, air-conditioned, snug and cozy, and water-tight with his new high-tech tent.  But Oregon's wet weather was going to put Sue's and my heavy 'army' olive green canvas pup tents to the test.

It was no surprise that it rained our first night Oregon.  But we quickly found our canvas tents were no match for more than a drizzle; in fact, rather than repel water they seemed to soak it up.  A lake started forming under our sleeping bags and Sue and I jumped out of our respective tents...sprinting for her station wagon.   We spent the night huddled there.

In the morning, we broke down camp and lugged our soggy tents, now incredibly heavy, to a laundromat to dry...we then quickly loaded them in the car and sped up the coast to Astoria...desperately looking for someplace to purchase two more 'high-tech' tents.

In Astoria, we found a Sears store, and Sue and I quickly grabbed two 'high-tech' tents that rivaled Richard's...

Now we each had our own light-weight, screened-in, air-conditioned, snug and cozy, and water-tight high-tech tent.


PORTLAND...and watching 'the most beautiful film ever made'

By the time we reached Portland, the hotter and more humid it became.  We headed to a motel to spend the night with air-conditioning.  That evening we decided to go to the movies...and cool off at the same time.  We all agreed on 'Elvira Madigan.'  I think Richard and Sue both enjoyed it.  This was easy for Richard...he's interested in almost anything that moves on a big screen.  It was a different story for me. 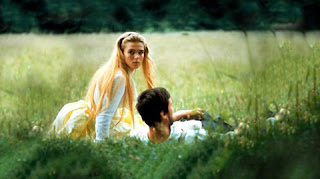 A movie being plugged as 'the most beautiful film ever made' is a warning.  The most beautiful thing about the movie was its gorgeous theme...Mozart's Piano Concerto No. 21, now everlastingly remembered as the 'Elvira Madigan' concerto.  All the Swedish director, Bo Widerberg, did...was choose it...

Apart from the music, it seemed like a full-length Lady Clairol commercial in slow-motion.

THE LOQUACIOUS AIRPLANE AND THE TALKING SPUD

The next morning we spent in Portland's Washington Park with its wonderful view overlooking the city and toward Mt. Hood. 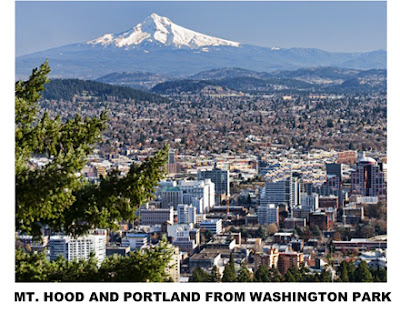 In the park, we visited a couple of memorable exhibits.  One consisted of the recollections of a talkative DC-3 and the other was an impromptu presentation by a precocious Idaho potato.

First, we walked up to a stationary vintage DC-3 aircraft and made ourselves comfortable in its seats.  As we were seated, a deep male voice that sounded as if he were speaking underwater, politely introduced himself: 'Hi, I am a DC-3!'  He began telling his story...painstakingly recalling his years in service, how many of his types were made, what they all had done, how they saved the nation in WWII...and on and on.

After his long speech was over, in a dazed glaze we filed out into an adjacent building.  There we were greeted by a spunky spud...full of himself: 'Hello, I'm an Idaho potato...I'm packed with innumerable nutrients; I can be baked, sliced, diced, and fried'...and on and on.

We listened to all this in rapt attention.  Apart from Disneyland, I'd never been exposed to so many articulate inanimate objects!   For months afterward, Richard and I kept mimicking these odd voices and the inane script...and rolled in laughter.  We both are amused with the absurd...and here, we hit pay dirt.

There was more to see, but after that, everything else seemed anti-climatic.