41. 'SOMMELIER-ING' AT THE RANCH HOUSE 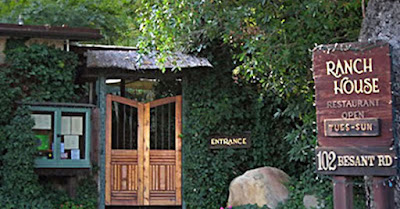 I was still scraping for cash and my friend Alan Hooker hired me as a wine steward at his magical and unique restaurant, The Ranch House.  This was particularly handy since it was only a couple of blocks from where I lived.  I simply walked over to work in the afternoons and evenings.

Other than fretting and sweating about properly decanting and pouring $250 (in 1972!) split bottles of 1959 Chateau Lafite Rothschild to the demanding rich and celebrities, it was an ideal job.

The Ranch House was like family...with Alan and Helen Hooker the patriarch and matriarch of the clan.  They were transplanted Midwesterners...Alan had been a jazz musician, then a baker, and Helen had been a school teacher.  Both were drawn to Ojai to be near Krishnamurti. The Ranch House started as a kind of spiritual boarding house for attendees gathering to hear Krishnamurti's talks.   Alan and Helen prepared and served them wholesome meals.

Preparing meals, Alan was a natural.  Like a musician who could hear the music he was composing in his head, Alan could determine what herbs and seasonings would complement a dish and bring out the flavors...in his mind...without actually tasting them.  Palate-wise, he had 'perfect pitch'!  I've gone over to his house where he would take some canned beans, canned vegetables, etc. and adding some herbs, make a delicious soup for our lunch. 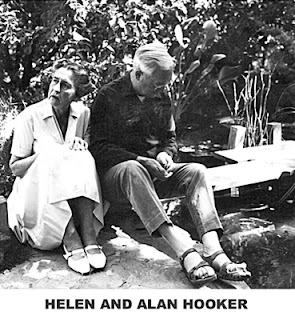 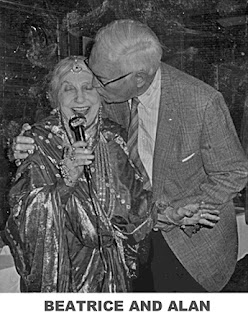 The early boardinghouse impromptu meals eventually transitioned into a full-fledged gourmet vegetarian restaurant in the 1950s.  It had risen and fallen...once...when its survival forced Alan, a vegetarian, to begin serving meat dishes.  Beatrice Wood was one of the angels who helped bail Alan and Helen out, and get them on their feet again.  The restaurant originally served their meals on Beatrice's ceramic ware.  And Alan and Helen's lovely gardens were adorned with Beatrice's 'throwaways.'  Beatrice and Alan forever remained close friends.

By the time I joined in 1971, or 72, the restaurant had become a mecca for gourmet cognoscenti and Hollywood celebrities.

As Alan and Helen had no children of their own, many of us who worked at the restaurant were treated as 'their children.'   One was David Skaggs.  David had started as a neighborhood high school lad...bussing tables.  Alan 'groomed' him, trained him as a chef, and finally, he became the head chef.  Eventually, Alan turned the restaurant over to him...David was a surrogate 'son.' 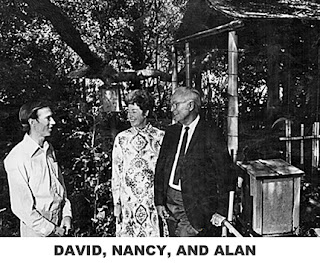 Nancy was the manager, and shared the hostess duties along with another woman, May.

Tom Mooney, a New Yorker and the restaurant baker, was a recovering alcoholic, vagabond, and spiritual seeker who Alan took under his wing.

Alan had made it possible for Tom...and me...to join Krishnamurti's Malibu discussions with young people in 1968-69.

The tiny bakery at the back of the restaurant, of which Tom was king, was superb...all the desserts, along with a variety of delicious breads, were made there by him alone.  That little bakery filled the nearby neighborhood with the wonderful scent of fresh baked goods.

The cognoscenti came into the bakery through the squeaky screened backdoor to get fresh loaves of bread and various freshly baked treats...and they might enter the restaurant dining room incognito the same way.  It was like coming into someone's house.  Among those who came through that homey squeaky door was Joanne Woodward.  I don't know what perfume she wore, but it gently freshened the air as she walked by...it was one of the softest, most subtle fragrances I had ever whiffed. Both she and Paul Newman were BIG fans of the Ranch House and friends of Alan's.   Another visitor I remember coming through that door was James Garner.
And I would occasionally say hello to Krishnamurti, who would lunch there with Mary Zimbalist. 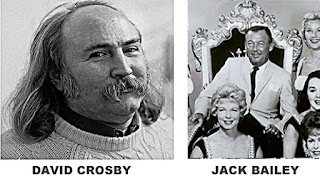 At the Ranch House I served to the rich and to the famous, to the 'cool' and to the 'camp', to David Crosby ('Crosby, Stills, and Nash') and to Jack Bailey ('Queen for a Day').
Nowadays, most people are familiar with David Crosby, but few would remember, or even have heard of, Jack Bailey or his popular fifties' daytime television show, aimed at housewives, called 'Queen for a Day.'  It was the epitome of the times: a combination of consumerism and sentimentality.  It tapped into the era’s lust for game shows and soap operas.
An interesting part of the Ranch House job was working with a number of congenial and exceptional young people...waitresses, hostesses, busboys, and three other wine stewards.  They were intelligent, some with fascinating backgrounds, and they were generally free-spirits of every sort...and several, like me, were also artists. 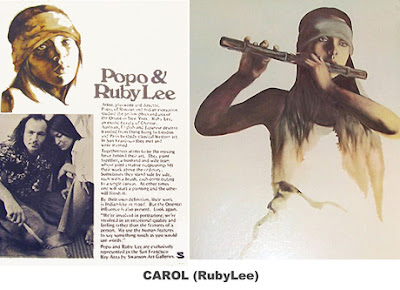 One free-spirit artist-waitress was Carol, later known as 'RubyLee.'  All the waitresses looked exotic in their long, loose dresses and skirts, but Carol's Eurasian features were especially striking.  Carol was born in Hong Kong and had lived in London.  And she had a soft British accent which made her all the more exotic.

Carol and her husband, Popo, were a painting team...they worked together creating paintings and prints.  They later became 'big' in the 1970s with their popular native American, 'back to the earth' images.  They teamed together in painting the images for which 'RubyLee' posed...often with a trademark headband.

Before we started work, we all would sit out in the beautiful terraces and eat gourmet meals...gratis.  It was delightful sitting in the gardens together enjoying our meals.  On the balmy late Ojai afternoons and evenings of the spring and summer, the valley was filled with the heavenly fragrance of orange blossoms that wafted in and surrounded us as we ate.

We wine stewards asked Alan if we could sample the wines that we were serving so that we could better inform the guests about each wine we offered.  Alan generously approved our suggestion and...apart from the very high-end bottles...we began evenings of tastings.  We typed a form and made copies that we distributed among us and on which we would rate the various qualities of the wine.  This made for some delightful...and amusing...summer evenings...many of which I don't clearly remember.

At the end of our shifts, the waitresses...who received the tips...would put the stash in a kitty and divvy the collection among all of us at the end of the evening.  We all worked like a close-knit family. 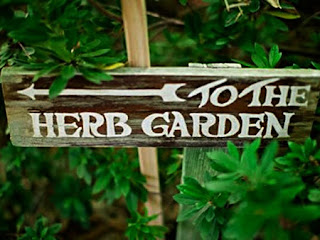 The Ranch House had a wonderful array of garden areas where guests could walk through and be served in.  We had our own herb and vegetable garden where many of the ingredients were harvested.  We wine stewards would go out and pick fresh lemon verbena leaves to place in lines of champagne glasses with sugar cubes dashed with grenadine...all combined with vermouth and champagne to make refreshing champagne cocktails.

Alan allowed no hard liquor in the restaurant...to the dismay of some of the patrons.  He believed no one could savor a good meal if they had been drinking heavy stuff.  And Alan was all about savoring a good meal...and creating an inviting environment.