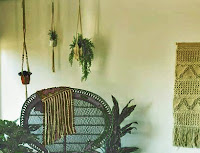 Among the lay teachers with whom I became friends, a social studies teacher named Gina became closest.  She and her husband, George, lived not far from where I lived in Meiners Oaks, in a little cottage near the highway from Ventura.  It was decorated with tons of macrame holding hanging plants and other standard 1960s-70s hippie decor.  They occasionally would invite me over for dinner and conversation.

Gina was plump, short, round...and congenial.  George was thin, tall, angular...and aloof.  He parted his dark hair in the middle and pulled it back into a ponytail.  George was odd.  He said he was a writer but I never saw anything he wrote.  I don't know what he did, if anything, to make a living.  He was a great conversationalist.  He liked being the devil's advocate; his conversations were off-the-wall and full of the unexpected.  We three could go on well into the night discussing just about anything that came to mind. 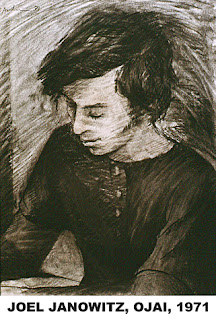 In 1971, Joel Janowitz (my fellow graduate student in painting, and good friend, with whom I shared two painting shows at U.C.S.B.) came from the East coast to visit me in Ojai and I did some charcoal drawings of him.  I was experimenting with a technique in which I used erasures to define areas and create a buildup of textures.

By 1973, I incorporated bits of the same approach to the landscape.  I roamed through the open spaces of the valley making dreamy, ethereal, tonal, monochromatic drawings of the light and space of Ojai.  While I borrowed aspects of the technique I used in the portrait of Joel, the landscape images were pretty much unlike anything I had been doing before.  They were more realized, more focused and directed, and more mature than my previous work.  They were done in a concentrated rush of inspiration and energy.

These opened up a whole new area of artistic exploration and expression for me.  I was using ink, charcoal, and Conte (a waxy colored crayon material), and much of the texture, line, and light areas were achieved, negatively, by using an eraser to draw and lifting off colored areas...

Although I didn't know it at the time, they became my final tribute to the valley and home I loved, and to my life in Ojai.

Soon a tragedy happened in the Dieges family which changed everything.  The husband of one of Jon's sisters, Carol, who lived in Oregon, was killed in a freak accident when his small tractor rolled over on a hillside.  As a result, Carol was moving back to Ojai with her young daughters into the old family house where I had been living.  And, after two and a half years, I had to find another place to live.

I was able to immediately move into the boys' dorm at Villanova School where I was given a little room to myself and where I could prepare my meals in the huge, empty for summer, institutional kitchen facilities.  During the break, there were no students living in the dorm.  However, this couldn't be a long-time, workable, situation.

Big changes were going to have to take place.  And I was haunted by what Jon once told me: 'You don't think big enough!'  I was beginning to feel he might be right. 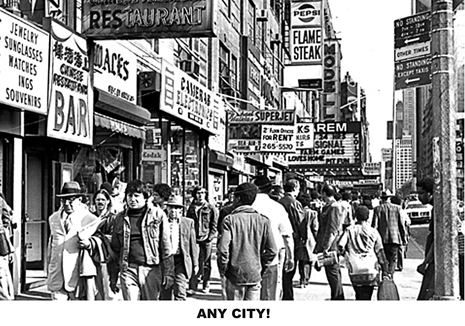 In addition to this, in one of our rambling conversations at Gina and George's, George caught me off guard with an observation and imperative...that I was 'going to be famous' and that 'I was too young and vital to be stuck in a small town, going nowhere.'  He told me: 'you MUST move to a city!' 'But which?' I countered.   'ANY CITY!' was his reply.

As George was in the habit of making perverse, outrageous, off-the-wall comments, I didn't take it too seriously.  And I had absolutely NO DESIRE to move to a city.  I didn't like them.  For George, that was all the more reason.

The whole business began to haunt me...and it began to make sense.  And as George was becoming a Svengali to me, that was another good reason to leave...to put some distance between me and George.

The only workable solution I could think of was to move to 'THE CITY'...San Francisco. That was the only one that was palatable to me.  There was romance to it...and it was beautiful... it was evocative...with the atmosphere and history of North Beach, the beats, folk music, and the Haight.  And my friend and mentor, Alain, was there. 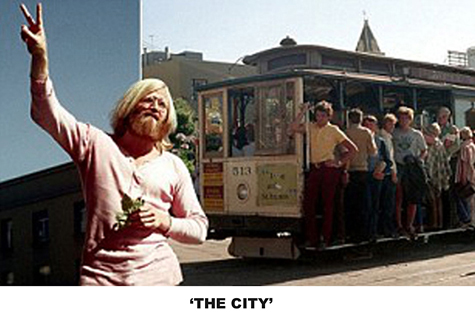 So...to Richard, Carol, Beatrice, the Dieges, Alan and Helen, the Ranch House Restaurant, Villanova School, Topa Topa, and on and on...and Ojai, my nest and nourishing friend...hasta luego!
Even surprising myself, without giving it much time or thought, I packed up my Datsun and left 'Shangri-la' for San Francisco.